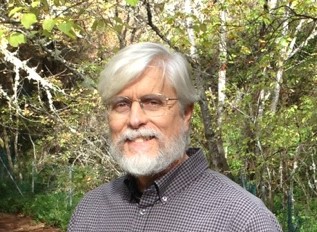 Dr. Steven Clouse, a Cellular Dynamics and Function Program Director in the Division of Molecular and Cellular Biosciences and Professor in the Department of Horticultural Science at North Carolina State University in Raleigh, has been elected a 2016 Fellow of the American Association for the Advancement of Sciences (AAAS). Since 1874, the AAAS has bestowed this honor on select members for their “scientifically or socially distinguished efforts to advance science or its applications.” Dr. Clouse was nominated by peers in the Section on Agriculture, Food, and Renewable Resources “for distinguished contributions to the field of plant biology, particularly for pioneering studies of brassinosterorid signaling and plant receptor kinases.”

After receiving his Ph.D. from the University of California, Davis and completing postdoctoral work in plant molecular biology at the Salk Institute, Dr. Clouse began his independent research career in 1988 as an assistant professor at San Diego State University. At that time, a class of naturally occurring plant compounds termed “brassinosteroids” had been structurally characterized, but little was known about their molecular mechanism of action. In collaboration with Dr. Trevor McMorris and Dr. Michael Baker, experts in steroid chemistry and biochemistry at the University of California, San Diego, Dr. Clouse and his students cloned one of the first brassinosteroid-regulated genes and identified one of the first brassinosteroid steroid-insensitive mutants in plants. The launch of this research project was supported by a Small Grant for Exploratory Research (SGER) from NSF – the first of many NSF awards received over a 25 year period that were essential to developing a research program to determine the mechanisms of brassinosteroid action in plant growth and development.

In 1996, Dr. Clouse moved to North Carolina State University in Raleigh. He began a collaboration with Dr. Steven Huber, a kinase biochemist at the University of Illinois at Urbana-Champaign, and Dr. Michael Goshe, an expert in proteomics and mass spectrometry at North Carolina State University, to determine the role of protein phosphorylation in brassinosteroid signaling. This work was supported by several NSF grants from MCB, culminating in two large Arabidopsis 2010 program awards that allowed the work to expand dramatically both in terms of the size of the group as well as new research avenues involving high throughput proteomic approaches.

When reflecting on his election as AAAS fellow, Dr. Clouse said, “I was very pleased that my peers considered our 25 year research effort on brassinosteroid action to be worthwhile. The success of the program was the result of hard work by more than 30 postdoctoral scientists and graduate students and being fortunate to have excellent collaborators, particularly Drs. Huber and Goshe. The initial belief of NSF program directors in the importance of our work and the continued and growing NSF support over the years was crucial for the success of the program, both in terms of research and training, and is greatly appreciated. I feel fortunate to be able to serve as an NSF program director near the end of my career, where I can perhaps contribute by identifying new projects that may continue to enjoy the long-term success that we experienced.”

Please join MCB as we congratulate Dr. Steven Clouse on his election to the rank of AAAS Fellow!