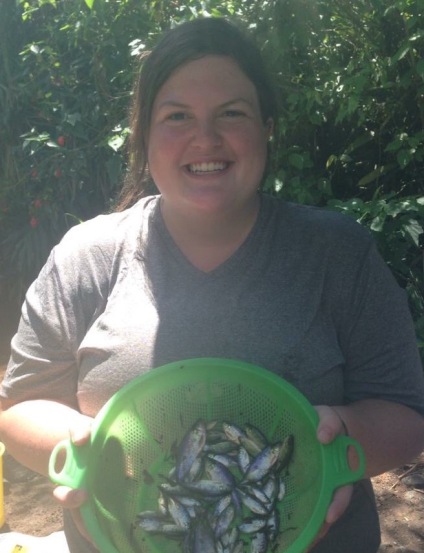 What is your educational background?

What is your position? When did you start working in MCB?

I started as a Biologist for MCB in January 2017, just after the New Year. I am here as a Presidential Management STEM Fellow (PMF STEM), which is a program that we previously featured on the MCB blog.

What attracted you to work for NSF?

I have had the opportunity to work in a variety of research settings that combine molecular tools with ecological concern; I love the excitement that comes with discovery. After seeing how important but challenging interdisciplinary research can be, I was curious about the bigger picture. I am excited to work at NSF to contribute to the scientific community at large and to be a part of an organization providing critical funding for innovative research.

What have you learned so far from your position?

I have learned, in my short time at NSF, so much about the inner workings of the merit review process as well as how funding and research priorities are set. I have learned just how much work goes into reviewing proposals as well as how decisions on funding influence the future of science.